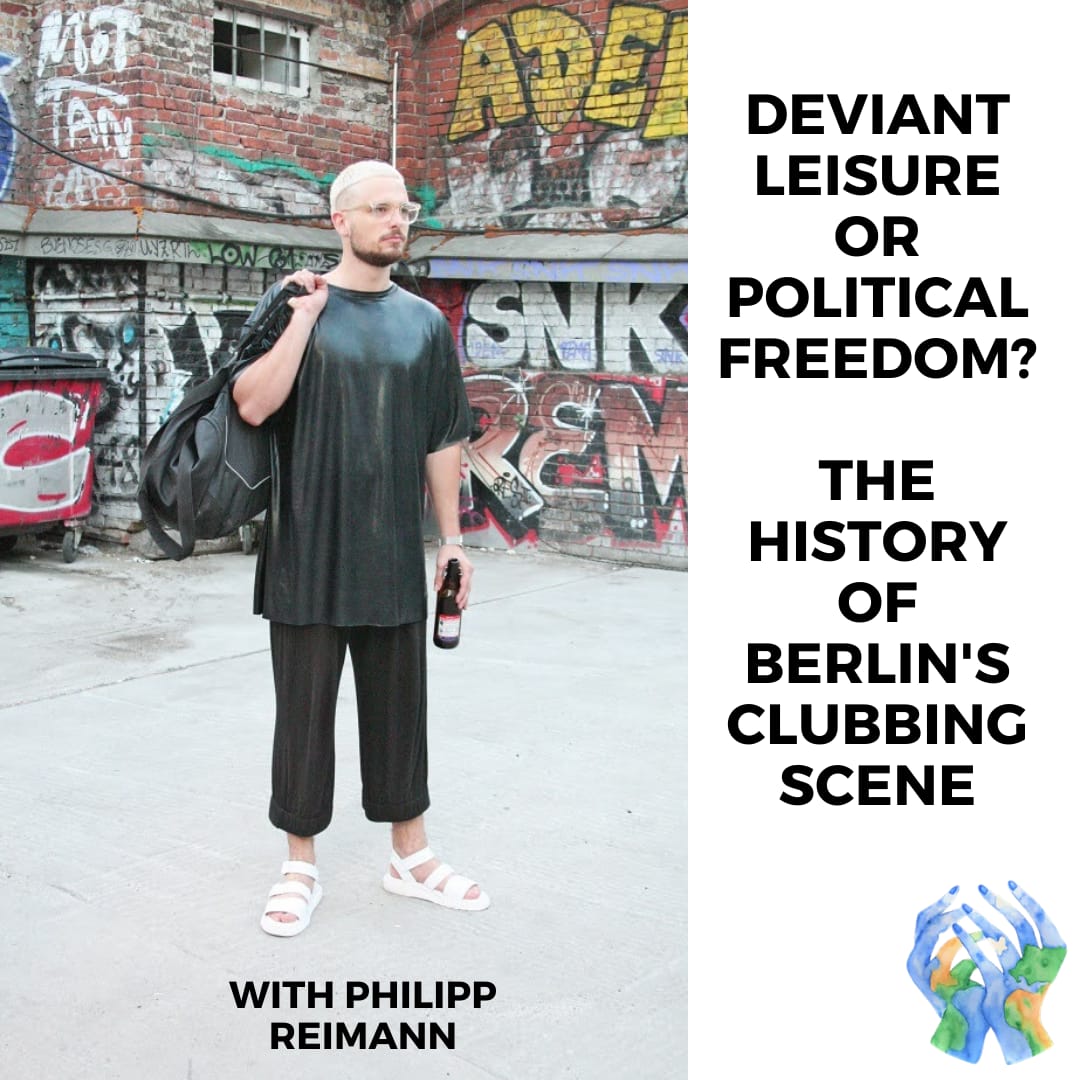 NEW EPISODE!! We are in conversation with Roxane Chaplain, Personal Assistant to Marie Taussaint at the @Europarl_EN ... We talk about using the law ... as a tool for change in fighting for climate justice ⚖️ listen now: https://earthrights.buzzsprout.com/1696876/8547398-creating-climate-justice-with-roxane-chaplain

What’s the UK government’s plastic policy? Dump it on other countries! Less than 10% of our plastic recycling is actually recycled in the UK.
The rest is sent overseas where it’s often burned or dumped, fuelling health and wildlife emergencies.

In this timely episode of the EarthRights Podcast, as people experience a new-found freedom in heading out of the year of ‘lockdowns’, Mel is in conversation with their dancing companion, Philipp Reimann, about the history of Berlin’s liberal clubbing culture.

Mel and Philipp talk about the difficult to define right to leisure. Leisure, play time and free time differ from society to society, individual to individual. But dancing and music are certainly one way people choose to spend their free time.

As a human right, leisure and rest are recognised in the International Covenant on Economic, Social and Cultural Rights, the Convention on the Rights of the Child, and in many regional texts such as the African Charter on the Rights and Welfare of the Child.

The right to leisure and rest may be seen, as Philipp explains, as a framework providing the freedom to choose the way we spend our free time.

“People come together in large numbers from time to time, expecting an experience of unity, uplift, or, at least, diversion. The occasion might be a sporting event, concert, theatrical production, parade…”or indeed, DANCING. (Barbara Ehrenreich)

Dancing enables the dissolution of the self, creates a feeling of oneness, wholeness and unity. It is also very intrinsic to and natural for us humans; Philipp describes the way that babies can feel music and move in time to rhythms even before they can walk.

Dancing is part of the anthropocene, including of rituals and ancient ceremonies. It is always intended to create a feeling of togetherness. And, different dances or music may be seen to characterise or represent different groups in society.

From the documentation of Egyptian slave dancers entertaining their kings; to monarchs during the renaissance period organising dances for people to court eachother; to now, in Berlin, where anyone, including people who have perhaps not fitted into mainstream society, can escape social rules, expectations and hide within the dark walls of clubs.

However, when people do not conform to the mainstream way of spending their leisure time, such as by clubbing, then the activity can be construed as deviant or something the majority population or governments can criticise. In other words, some leisure activities are considered acceptable and others not.

Philipp and Mel explore why Berlin became the epicentre of club culture and gained notority as a space for an alternative way to pursue leisure time. The scene reflects the infamous political and societal situations throughout the 20th century.

They discuss the separation of Germany after WW2, the impact of the Cold War and how the stark divisions between East and West of the wall manifested in Berlin. Following the fall of the Iron Curtain, Berlin’s clubbing scene really took off – everyone reveled in their then new-found sense of liberty – a feeling not too dissimilar to that which people are feeling now.