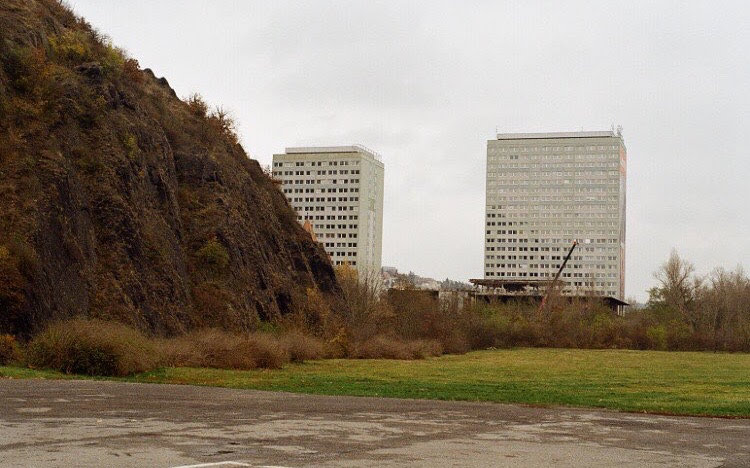 Toppling the tower of growth

Toppling the tower of growth

During episode 5, EarthRights spoke with sustainability consultant, Curtis MacGeever, about how businesses are being advised to make their practices more sustainable. In the end, a lot of our conversation centred around our economic system’s distorted obsession with growth.

Despite the obvious complexity and broadness of sustainability, Curtis distilled the concept neatly: “it is about society being able to thrive in a fair way that does not exploit our planet, ecosystems or people”.

Often, I feel that the discourse and conversation around sustainability is based on saving the planet and reversing climate change, much less on the ‘people’.

Not that we shouldn’t focus on the planet, there is no denying that capitalism and the goals of growth have fuelled the climate crisis, but it would fundamentally be unsustainable and short-sighted to look at these issues in isolation. Because the issues are compounded by the exploitation of people, the ‘people’ element of sustainability is of  critical importance.

Our current growth-based system – not simply capitalist, but built and constructed around white supremacy, patriarchy and the asymmetry of power – is only able to function because of the exploitation of people, the work-force, and their resources.

More often than not, the system functions on the exploitation of black and brown people living in the global South with the money and capital gained flowing straight to the North.

Even in the northern rich nations, the wealth is unequally distributed. In fact, more billionaires than ever before exist today and are getting even richer.

This Jenga tower has therefore been designed perfectly to stand and fulfil its ideological function as a capitalist system – the blocks are placed in a measured way to enable some people to flourish. While others are left fighting for survival.

THE JENGA TOWER OF GROWTH

To understand how the system of growth and capitalism is constructed to benefit only a few, we must think about the history of its design and set-up.

Firstly, colonialism, slavery and capitalism are all interwoven. The past 500 years have seen Europeans take the wealth and natural resources from indigenous communities in the Americas, from the slave trade and the exploitation of African peoples’ labour and from the imperialist subjugation of South East Asia, in order to facilitate their industrial revolutions.

The industrialisation of Europe (and North America) infamously laid the foundations for growth and capitalism to be built upon.

Yet the foundations exist only in a select few countries. It may come as no surprise, then, that when we talk of global growth, most nations in the global South (perhaps less so the ‘Asian Tigers’) remain entirely impoverished.

A major factor contributing to this is through the organisation of global production. Being a neoliberal manifestation, manufacturing and production are outsourced through disaggregated and physically disbursed supply chains throughout the global South, with business and consumption firmly rooted in the global North.

But make no mistake… companies don’t outsource manufacturing to global south countries because there is good infrastructure or technology there to produce the goods, they do it simply because it’s cheap and there is a lack of law regulating the production. Businesses move around until they find a new country with loop-holes they can take advantage of.

Supply chains are therefore a capitalist mode of production and a continuation of colonial relations.

When we talk about broken links in supply chains, or a lack of accountability and transparency, well: “they are not ‘broken’ they are working perfectly well in the manner they are supposed to.”  Benefiting a few: failing the many.

THE RACE TO THE BOTTOM

Because businesses have tended to operate in a one-dimensional way where profit is the only driver, there is a race to the bottom created by the abuse of power and the exploitation of workers and resources.

This race refers to the “heightened competition between companies, states or nations, where product quality or rational economic decisions are sacrificed in order to gain a competitive advantage or reduction in the product manufacturing costs”.

Race to the bottom practices include (for example):

It is about the powerful people at the heads of companies being held responsible for all the people across their supply chains – for the guarantee of their fundamental rights.

It is not simply a case of businesses becoming more conscious about their impacts along the supply chain, although it may begin here; it is about fundamentally changing the way corporations conduct their business in a way that drives responsibility back to the top of supply chains – to the directors, the CEOs and those reaping the reward from others’ hard work.

Over the coronavirus pandemic a few companies do seem to have started realising that where they fit into the bigger picture will be instrumental to their future success. Responsible business practices are not only socially valuable but are also becoming economically valuable.

Consumers and investors are all judging the reputation of a business, plus their financial investment rests on this. Therefore, it is down to us to make better choices about where we buy our products from.

As Curtis said during the episode, “never underestimate the impact of your choices… governments and businesses are driven by collective choices.”

Our choices can make it vital that a company be doing the right thing. But for this to happen, business transparency is absolutely key.

My own blanket rule on this is: if a company isn’t willing to be transparent about their practices, then they are hiding something.

Transparency enables us to pick up the reigns and get into the conversation about what is right and wrong across supply chain practices, and what action should be taken.

This could be action on a global scale: fighting for workers’ rights and an end to their exploitation, which will require formulating comprehensive binding international agreements – contractual agreements within the supply chain do not go far enough.

And at a personal level: such as choosing not to purchase goods from companies which your values do not align with…

Given that capitalism and the global supply chain networks are built and constructed around white supremacy, patriarchy and the asymmetry of power, do you really want to continue your consumer-based habits and effectively endorse the system? Or do you want to take a stand?

Remember: “solidarity does not require you to consume.”

At EarthRights we will fight in solidarity for binding regulatory reform and strict responsibility for breaches of workers’ rights until the race to the bottom ends and de-growth begins.