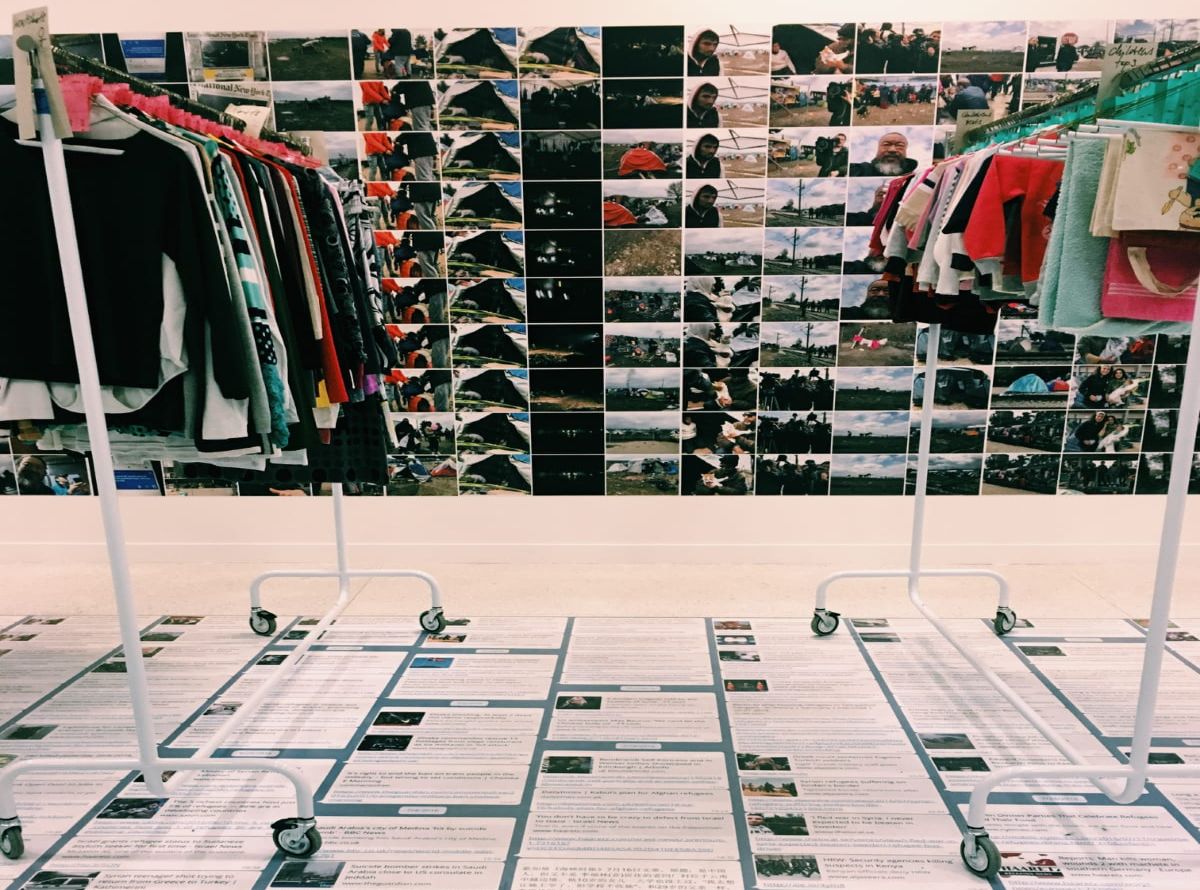 In last week’s episode of the EarthRights podcast we talked about why the language we use when we are talking about the climate crisis is fundamental.

As we discussed in that episode, language has the potential to influence thought, attitudes and even behaviour. Therefore, the language we use when we are talking about any social issue is extremely important.

Language and the Refugee Crisis

One specific area of media and press coverage that has come under scrutiny is the language associated with the refugee crisis.

Since 2015, due to a combination of reasons such as war, conflict and violence, millions of people have been forced to flee their homes in a desperate search for safety.

Yet after taking on one of the most dangerous journeys, and having risked their lives, these people are ending up in situations just as bad, if not worse than what they were experiencing before.

Currently more than 8,000 men, women and children are living in appalling conditions in a refugee camp in Lesbos, Greece, one of the many makeshift camps set up to accommodate these growing numbers of people.

These people are also experiencing hatred and hostility by the local population, suffering from hate crimes and prejudice, and are treated as sub-humans or as a threat to society.

According to research conducted by the Council of Europe (CoE), the media is largely to blame for this culture of hatred.

Having analysed the language used in the British media when talking about refugees, the researchers found that refugees were predominantly described as nationals of a certain country. Only a small fraction of the articles distinguished between male and female refugees and even fewer referred to their names or age.

This means that the refugees emerge from these narratives as an anonymous, unskilled group. According to the CoE, the lack of individual characteristics means that very little public empathy is ever inspired because the refugees have been dehumanised or de-individualised.

This language directly perpetuates a culture of hate towards people who are already suffering in extremely vulnerable situations.

According to the charity Migrant Help, this negative language in the media has a direct connection to the increased number of hate crimes perpetrated against refugees across Europe.

A hate crime is defined as any criminal action which is seen, whether by the victim or any other person, to have been motivated by prejudice.

In 2018-19 the majority of hate crimes were racially-based. Race and religion are two of the hate crime categories which are most likely to affect asylum seekers and refugees and, according to Migrant Help, these are likely to be ‘fueled’ or ‘validated’, in the eyes of the belief-holder, by the media or events in the outside world.

One shocking statistic is that in the month after the EU referendum, more than 6,000 hate crimes were reported in England, Wales and Northern Ireland – 20% higher than during the same period in 2015.

According to Migrant Help this was the result of the racist-view-holder feeling as though their hatred was ‘validated’, not only by the media’s presentation of refugees, but also by the political views circulating at that time with Brexit.

There is no denying that the way the media talks about refugees has influenced this hatred, the media influences how we make sense of the world; it is how we come to understand social issues and form our political views.

As we said earlier and during the podcast, the language we read in the media influences our thought, and as evidenced with refugees, it has the terrifying ability to influence people’s action.

Therefore, the use of humane, appropriate and accurate language is critically important when talking or writing about refugees. Media coverage must assist in fostering compassion and love rather than hate and prejudice.

Refugees deserve to be treated with dignity and respect; in our language as well as through our actions.

At EarthRights we pledge to treat others with dignity and respect in our language, and we plead with other media organisations to do the same.