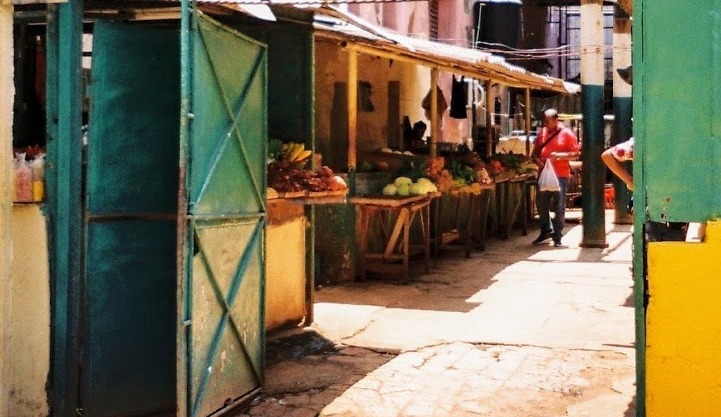 On episode 3 of EarthRights podcast, Pippa interviewed me about human rights issues in Cuba and we discussed a great deal about the clashes between socialism and capitalism. As promised, I am going explain a little more about Cuba’s dual currency system and how this caused a substantial black market to form creating huge inequalities.

On 1st January 2021, when the dual currency system officially ended, I began to wonder: will this enable the once ‘egalitarian’ Cuba to revive its former socialist glory?

Following the severe loss of trade and subsidies that had been provided by the Soviet Union prior to 1989, Cuba was in a dire financial situation. The honourable and extensive social security system Castro had created for Cubans after the 1959 revolution, started to crack when the Soviet Union dissolved and U.S. sanctions against Cuba tightened. Universal health care, food, transport, utilities and education suffered greatly, and Cubans became impoverished.

In August 1993, the Cuban state introduced a second currency into the national monetary system.  The ‘CUC’ (equivalent to the dollar and worth 24x more than the CUP – the Cuban national peso) was implemented to tackle the tax deficit and so prevent the social security system from total failure. Unbeknown to Castro though, the second currency was to have the opposite effect.

Cubans occupying public sector jobs are paid in very low CUP wages equivalent to $20 per month if occupying a medical or another professional role. As we said on the podcast, these low public sector wages are not dissimilar to other ex-Soviet nations, like in Ukraine.

Whereas, due to the expansion of the tourist industry in the last 30 years and the lifting of some restrictions on the private sector, being self-employed and therefore gaining access to the CUC tradable currency has become easier and a highly attractive prospect.

CUC tips from tourists and CUC earnings from other self-employed work have tended to far exceed monthly earnings in public sector roles. The CUC currency can be converted into U.S. dollars – used to trade on the black market or illegally with foreign traders.

With such scarcity of agricultural and medical resources as well as food to go around the Cuban population during the 1990s, the social security system and Cuba’s formal economy were struggling to provide even an adequate standard of living.

Many Cubans became desperate and needed to use other means to come by the necessities and so an informal system of trade and transaction began to form – the black market – to fill the void in access to basic raw materials and food.

Cuba’s black market is supported by hard currency U.S. dollars, obtained by converting CUC. This is lucrative for the vendors and great for the buyers, who can trade food and other consumer goods (e.g., milk powder, eggs, deodorant, clothes) for inflated prices that the state fails to provide.

However, studies into Cuba’s social structure since the 1990s have shown that the beneficiaries of the black market are, for the most part, white Cuban males who have bank accounts.

So, for black people and women without CUC to convert, their lives remain impoverished and reliant on the dysfunctional state security and food distribution system.

While Cuba’s back market has continued to grow and flourish over the last 30 years with more and more consumer goods being illegally sourced and sold, so too has inequality.

I could never blame Cubans for eking out a living by other more clandestine means – resources just do not last due to import shortages, U.S. embargo restrictions and frequent natural disasters.

The Coronavirus pandemic has also exacerbated the problem not unlike it did in the UK with people panic-buying then reselling for profit. Key black market revenedores or ‘resellers’ have wiped Cuban supermarket shelves clean and are up-selling products like deodorant for at least three times the price.

Similar black market principles also affect Cuba’s universal free health care system. There have been numerous incidents of doctors selling on gifts from patients, nurses caring for citizens who can offer to pay extra money for their service, and dentists bringing home tools and supplies to practise privately after clinic hours from their homes.

Yet the black market has put Cuba in a Catch-22 situation. As the black market grows, less tax is collected because fewer people are trading legally, so the social security system continues to fail, leaving a huge section of the population unable to access CUC and pay for food and resources on the black market, but also unable to be adequately supported by the existing system.

One way Cuban’s have overcome the situation is through socialismo. Socialismo is an informal term used in Cuba meaning ‘partner-ism’. It is a play on the word ‘socio’, which in Spanish means business partner or buddy, and ‘socialism’ – the official governmental policy in Cuba. It describes the exchange of favours by individuals often used to obtain goods that are too expensive on the black market or otherwise hard to come by.

The more robust way to overcome this lose-lose situation in which Cuba has found itself is to unify the two currencies. It was music to my ears when, on 1st January 2021, the CUC was officially abolished.

This is fundamental for Cuba because the dual-currency system created a corrupt and unequal distribution of resources. Despite the state being guided by socialist and egalitarian principles, the dual-currency era obstructed many people from free universal social services and other provisions, as guaranteed by the Cuban Constitution.

It also made the Cuban population inefficient; hopefully, currency unification can help to diversify the economy and make Cuba as much an attractive place to work as one to invest in.

From my point of view, raising the salaries of public sector jobs is hugely important because, up until now, salaries have been so low and paid in the Cuban peso that (as I mentioned) doctors started accepting bribes, and Cuba has experienced a brain drain where many of its highly skilled workers left the country to unsurprisingly seek better paid employment in the U.S. or in South America.

What we do not know yet and won’t know for a while is how well Cuba’s economy will adapt to just one currency and what the continued impact of the U.S. embargo will be in making this transition, including where the new President, Joe Biden, will rollback some of the restrictions Trump re-imposed.

In the short term, will those who did have access to CUC and dollars, including thousands of business managers, government officials and employees, be stopped short of improving their quality of life through their increased access to goods on the black market?

Will enough tax be revived to save them, along with the rest of the population, by restoring Cuba’s social security system? I do hope so.